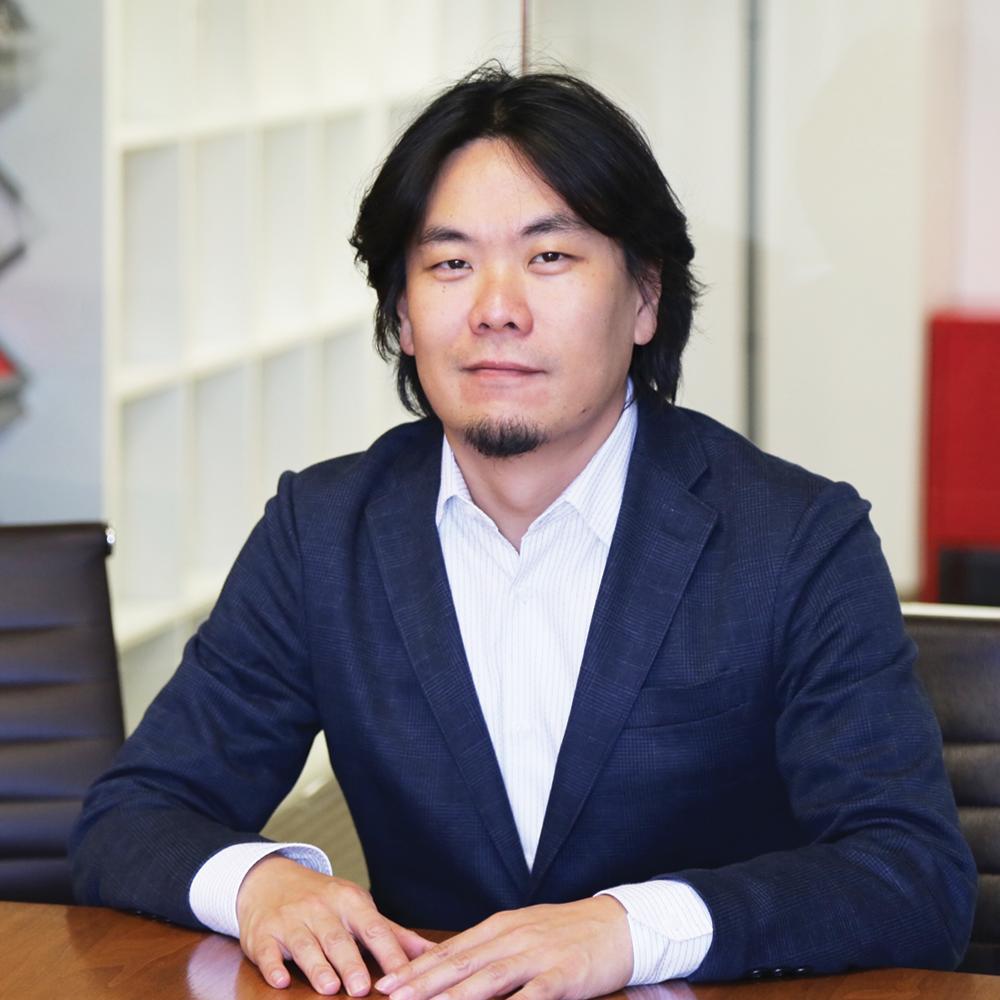 Tomoya joined Hakuhodo Inc. and spent his initial years developing marketing strategies and working on TV commercial production. Since 2005, he has spearheaded the development of next generation media business at Hakuhodo DY Media Partners Inc. In October 2011, he established STORIES, LLC by attaining investment from Hakuhodo DY Group, SEGA Corporation and other partners, and assumed the position of President and CEO. The short "Tsuyako" which he produced won 44 awards from various international film festivals including three Academy Award qualifying festivals. Tomoya is currently producing multiple features in Hollywood. Tomoya is a graduate of Peter Stark Producing Program at USC Film School and Law Faculty at Waseda University. He is addicted to stories and having new experiences, and has traveled around the world, visiting 25 countries alone in 2008. 2017 Cannes Lions Entertainment Jury. 2018 Spikes Asia Entertainment Jury. Co-authored "The Art of Branded Entertainment" (Peter Owen Publishing) 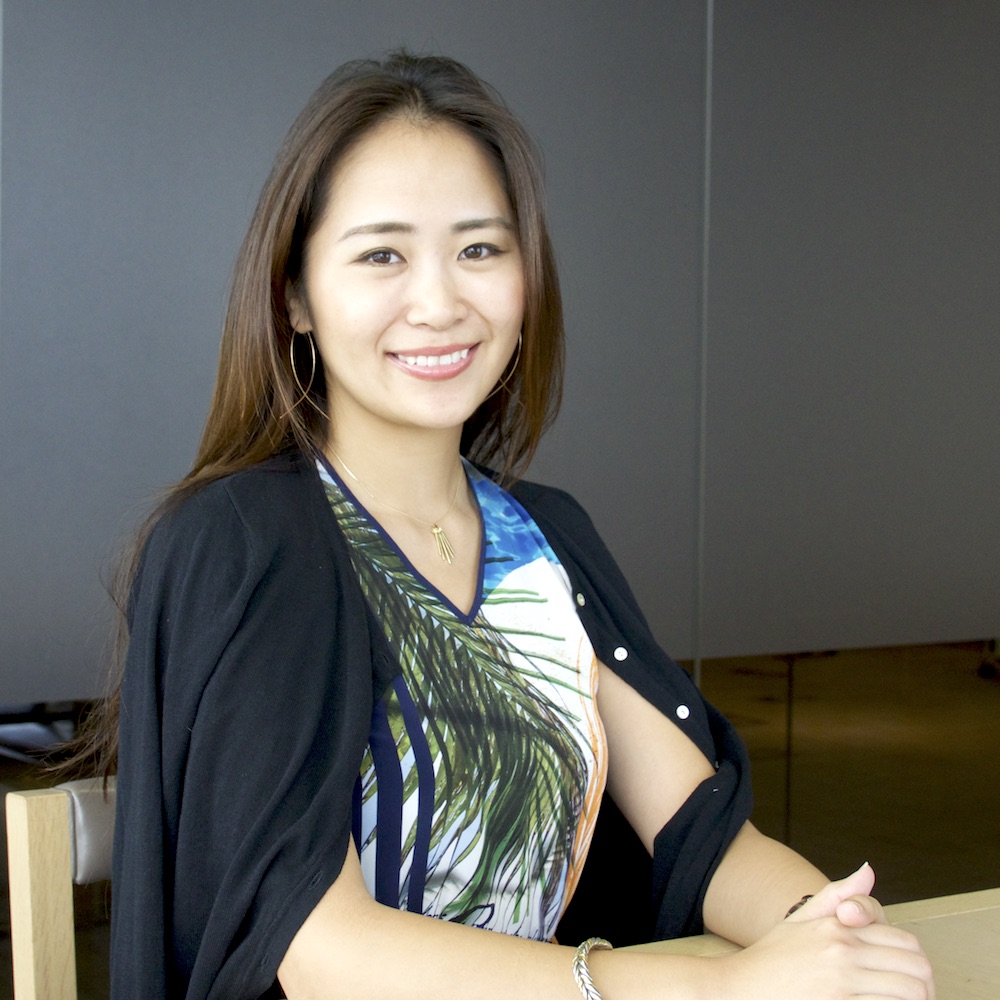 Ikuko joined STORIES after her career at the largest independent PR Agency in Tokyo. In her career, Ikuko has successfully managed PR projects for over 40 unique clients focused on beauty and food industries. She was also assigned to participate in new brand businesses launch as Sales & PR manager. Throughout her experience, she practiced "people take buying behavior throughout brand promotion." Ikuko is now here in Los Angeles to pursue her dream to work in an international environment, expressing her passion towards supporting clients and leading to success. 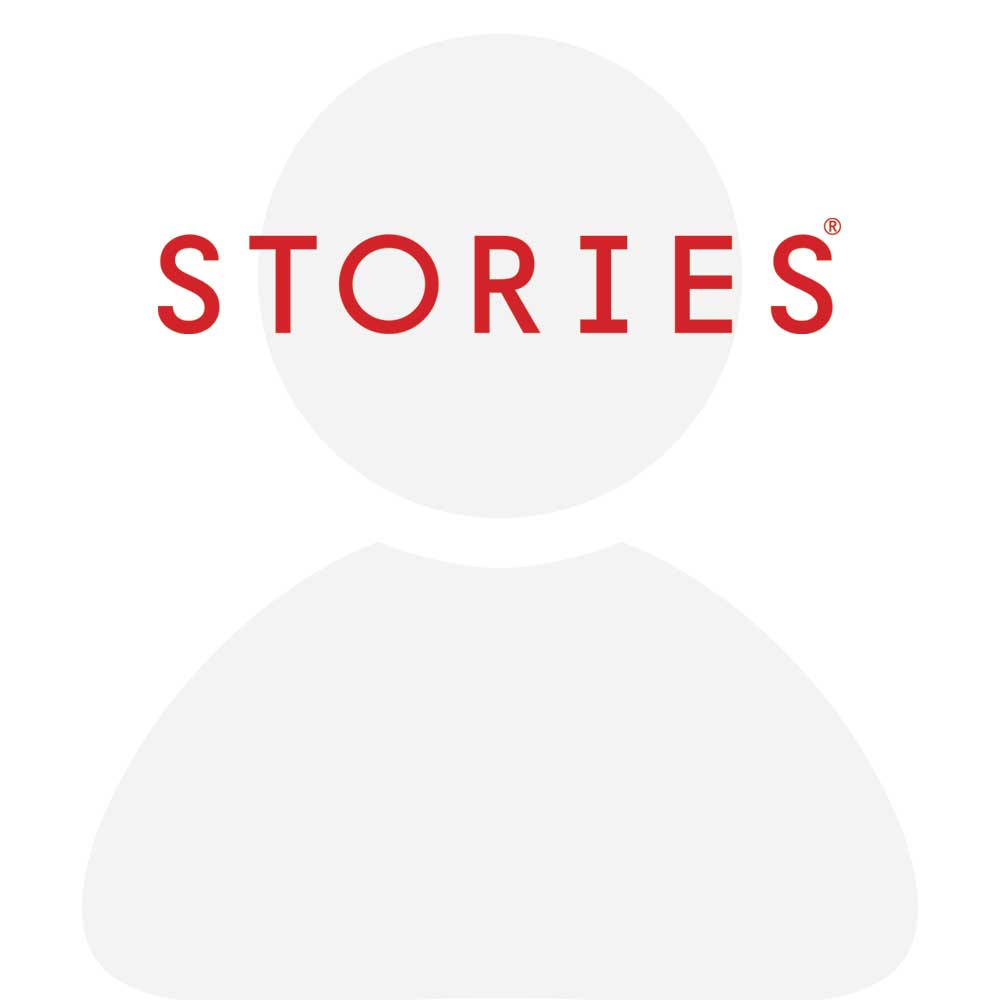 Hiroko graduated from Meiji University with a degree in Global Japanese Studies. During her time as a student, she interned at Walt Disney World, Florida to study and gain practical experience in the entertainment business. Following her graduation, she worked at a foreign-affiliated advertisement agency as a sales and digital marketing planner for five years. There she was tasked with working on over twenty different digital marketing projects, with a focus on food, pharmaceutical, and luxury brands. She helps solve various client facing problems by utilizing the planning skills she cultivated in the digital marketing space and the customer-centric philosophy she learned at Disney. 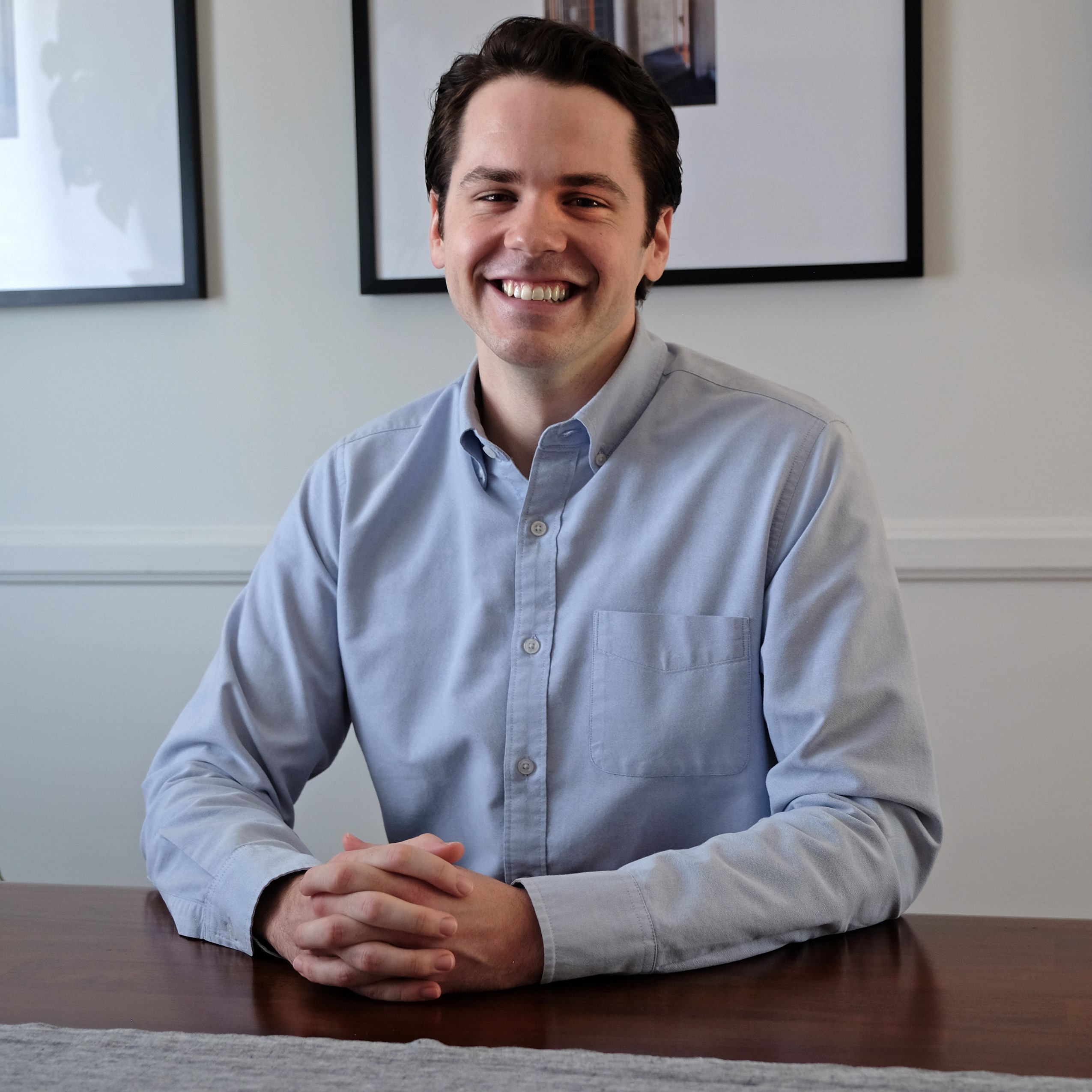 Billy is a graduate of Temple University and received his BA in Film and Media Arts. Before joining STORIES, he worked in film and television production in New York City then moved to Los Angeles to work in creative development at Anonymous Content. His goal is to adapt Japanese manga, anime, and video games into feature films and television shows. 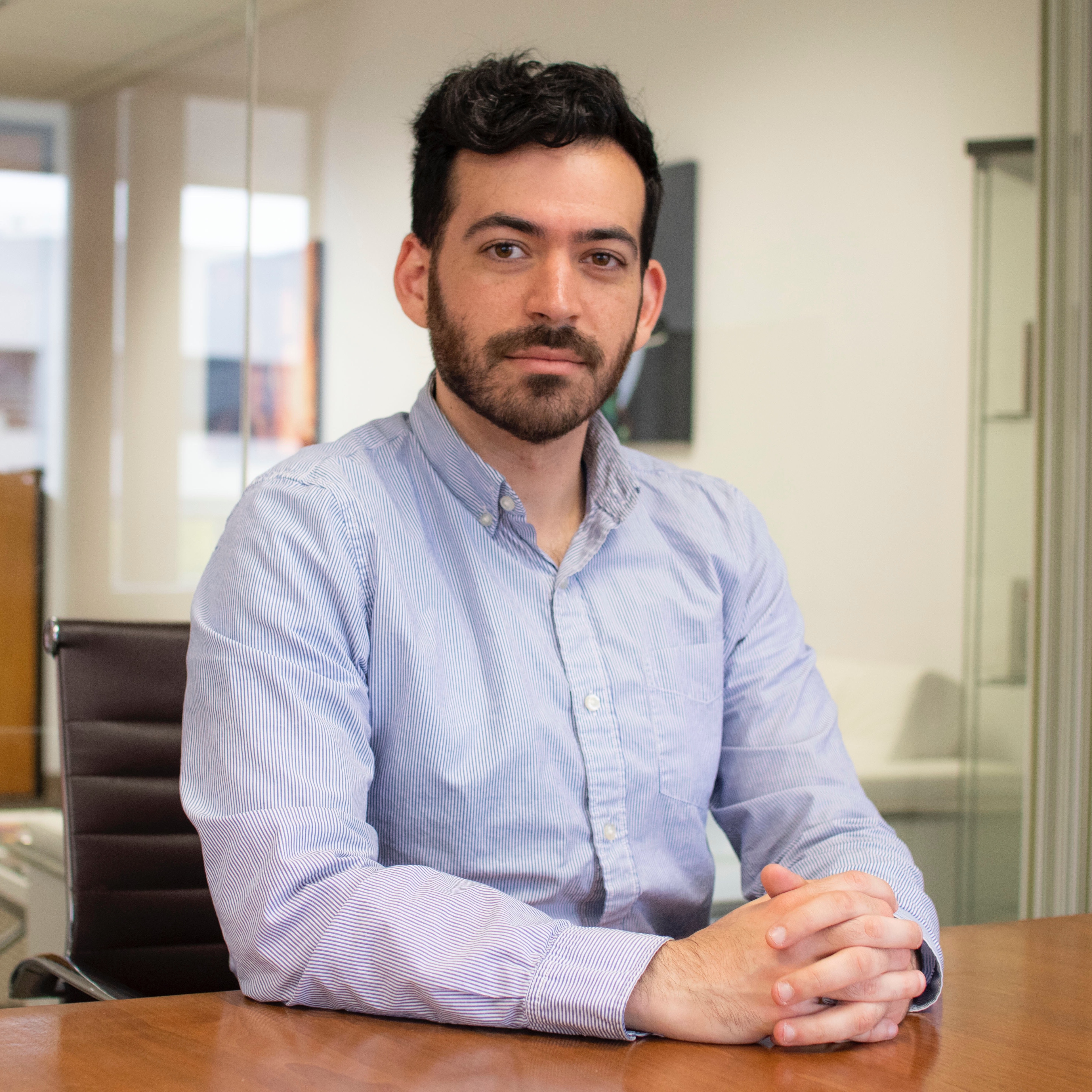 After graduating from USC with a BA in Narrative Studies, Michael worked in distribution at Open Road Films during the release of Best Picture Winner Spotlight, where he coordinated nationwide screenings for a diverse library of movies while assisting department heads Scott Kennedy and Richie Fay. A passionate devotee of storytelling in every genre and medium, Michael is always thrilled to discuss the latest entry on his ever-expanding list of obsessions.

After graduating from Keio University, Ryoko worked for a brokerage firm until her interest in the entertainment world led her to leave and join an agency. She worked for seven years as a PR, event producer, and casting director for a major mail-order company, then moved to the U.S. on her own in order to pursue her dream of living abroad and learning about entertainment and marketing in the United States. Her goal is to create projects that make everyone involved happy.

Being raised in an international community has led Ellie to have a diverse perspective and to pursue work with global organizations. Before joining STORIES, she worked in film development, with indie record labels, for music festivals, in live production, artist management, and commercial production. 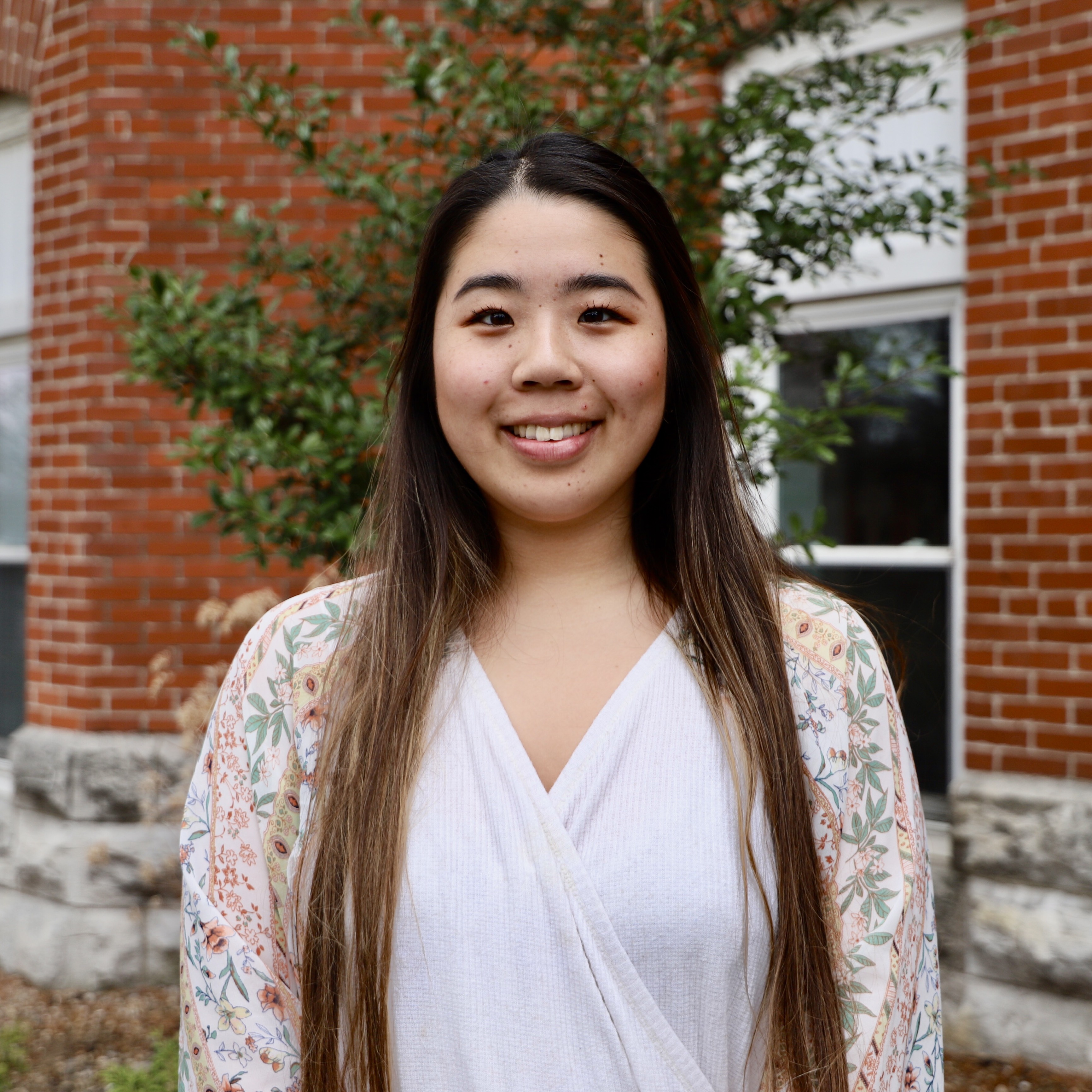 Sakina graduated from Missouri Valley College with a degree in Mass Communication, broadcast concentration. During those four years, she gained experience in a wide range of Mass Communication fields, including sporting events live streaming, directing and producing news programs, creating PR and PSAs, writing in newspaper/magazine formats, working as a radio personality, and producing documentaries. It has been her dream to work in the film industry using both English and Japanese, and she is excited to engage in film productions in the diverse environment at STORIES.

Sayaka graduated from the University of California, Berkeley with a degree in Media Studies. In her major, she studied communication, anthropology, sociology, political science, and journalism with contemporary critical and cultural studies theory to examine media technologies. During her internship at STORIES, she is gaining practical skills in marketing and production.

Kumie split her time as an adolescent in both Japan and USA. After graduating from Parsons The New School For Design in New York, Kumie moved to Los Angeles to focus on storytelling working on Films and TV shows. Besides working on the international award-winning Pepsi Nex TV campaign and Samsung’s national TV commercials, she earned MFA from UCLA Theater, Film, and TV program. Kumie enjoys creating YouTube videos to share her passion with the world on weekends. She is also a member of Costume Designers Guild, Local 892.

Founder and CEO of STORIES LLC and STORIES INTERNATIONAL INC. See above for his bio. 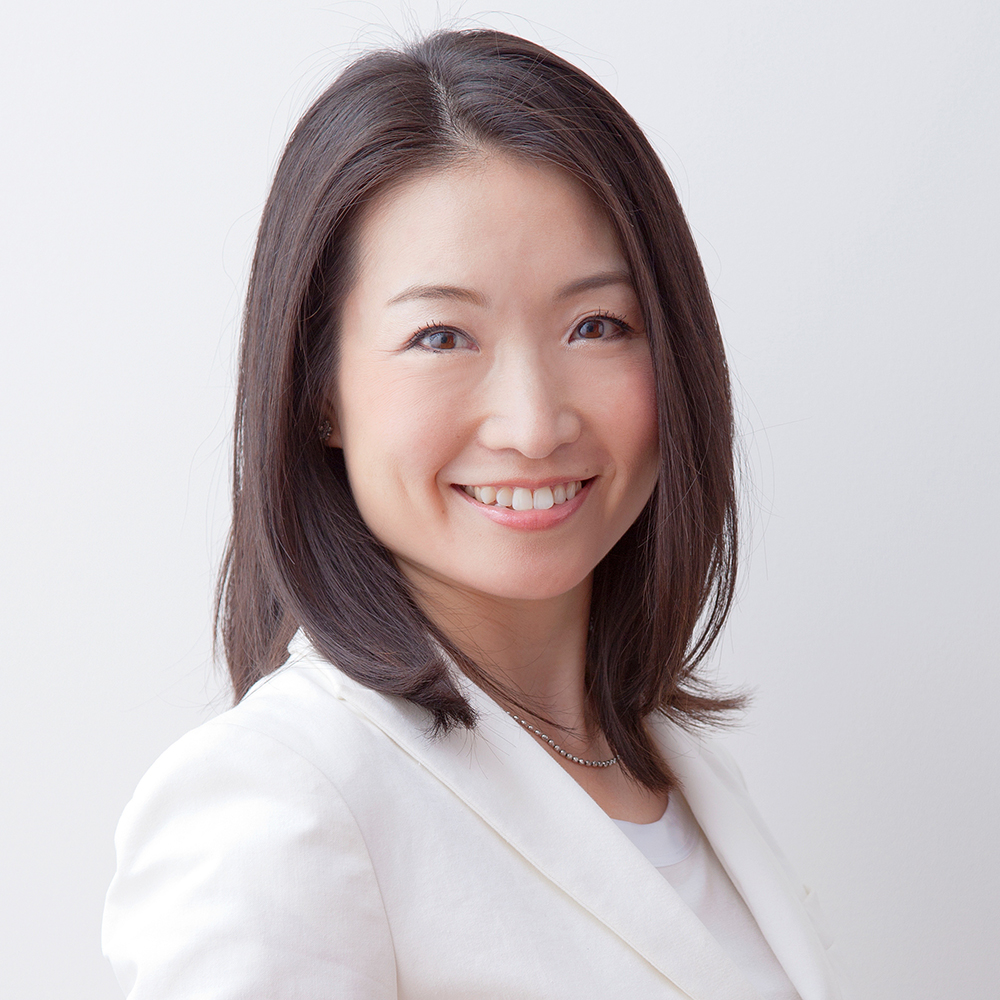 As television and radio personality, Eriko has launched and hosted business communication and English learning programs for Japan’s national broadcasting network which aired 7 times a week. She is also an avid writer and her publications have sold over 4 million copies. Eriko joined STORIES in 2011 as a Corporate Officer and she conducts research and provides multilingual consultation. Eriko is also the founder of a simultaneous translation company serving high-profile international clients and has been the official translator for speakers such as Al Gore, the Dalai Lama, Mark Zuckerberg, Sheryl Sandberg, Elon Musk and Philip Kotler. Eriko graduated from Stanford Graduate School of Business with an MSc in Management and currently lives in San Francisco. 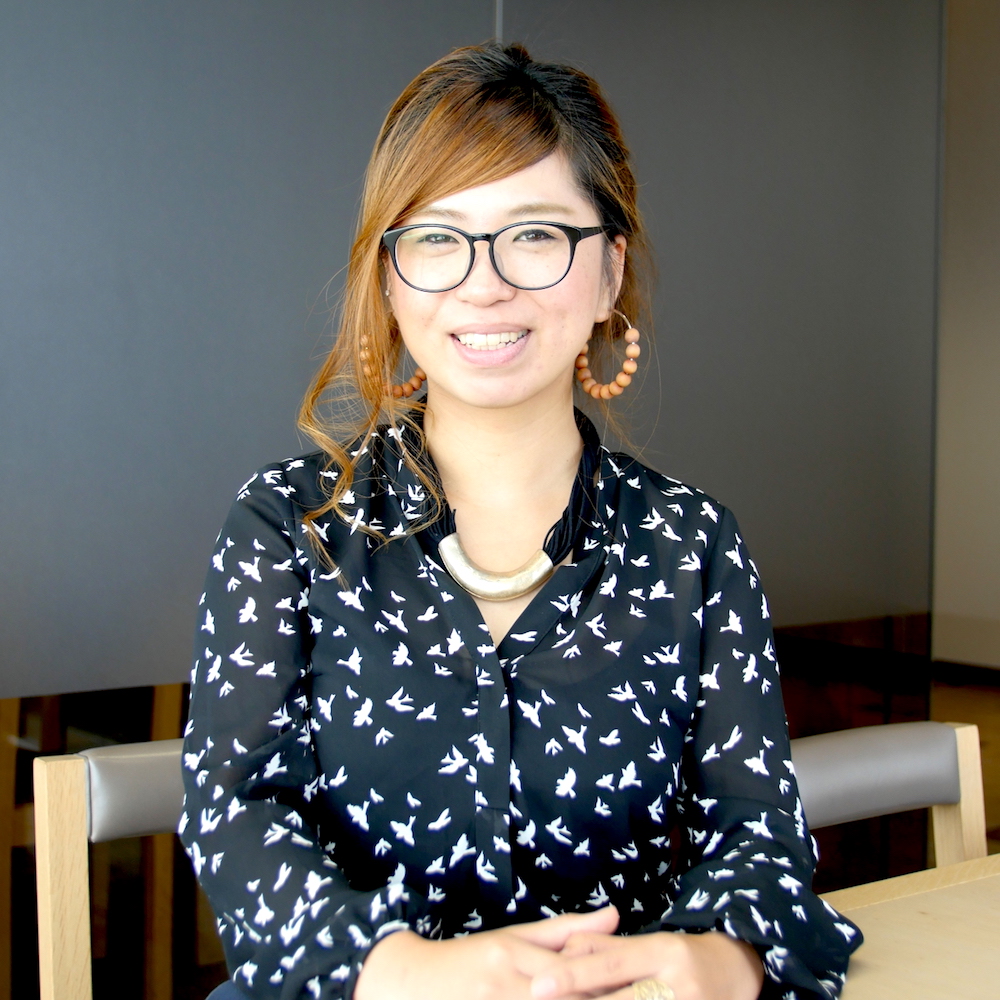 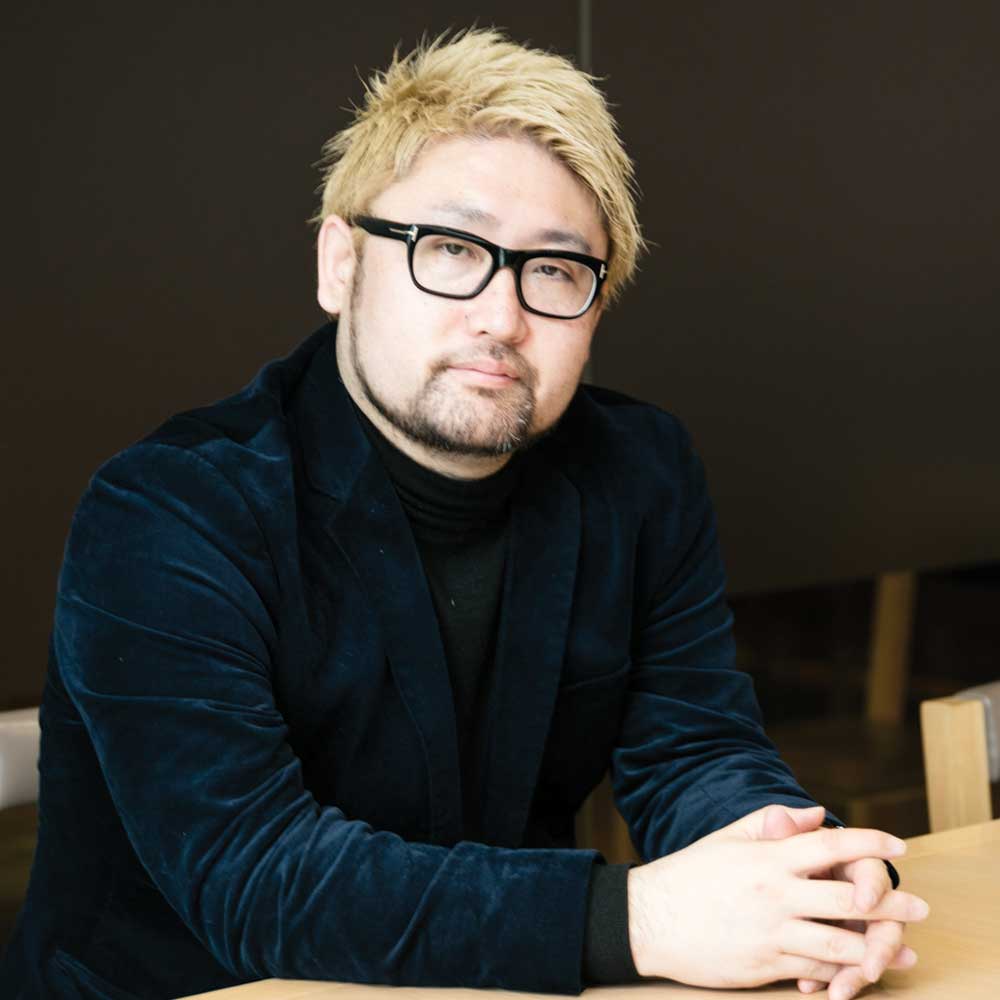 Born in Sendai, Miyagi Prefecture in 1980. After working at a television production company and planning and producing various variety and documentary programs, Kohei joined OKNACK FILMS where he worked closely with Producer Shinya Inoue. Through his experience as a production manager, he started his career as a producer. Kohei joined STORIES in 2014 where he works on creating video content and developing/producing the communication based on these content. Some of Kohei’s work includes projects for Namie Amuro, V6, Kis-My-Ft2, Ken Hirai, FACT, FEMM, ONE OK ROCK, and Anna Tsuchiya. ONE OK ROCK's music video "The Beginning" won the MTV Video Music Awards Japan 2013 Best Rock Video Award, Namie Amuro's music video "Birthday" received the MTV Video Music Awards Japan 2015 BEST FEMALE VIDEO Award, and her music video "Anything" received a "Asia Spikes 2015 Bronze Award & Short List Selection". 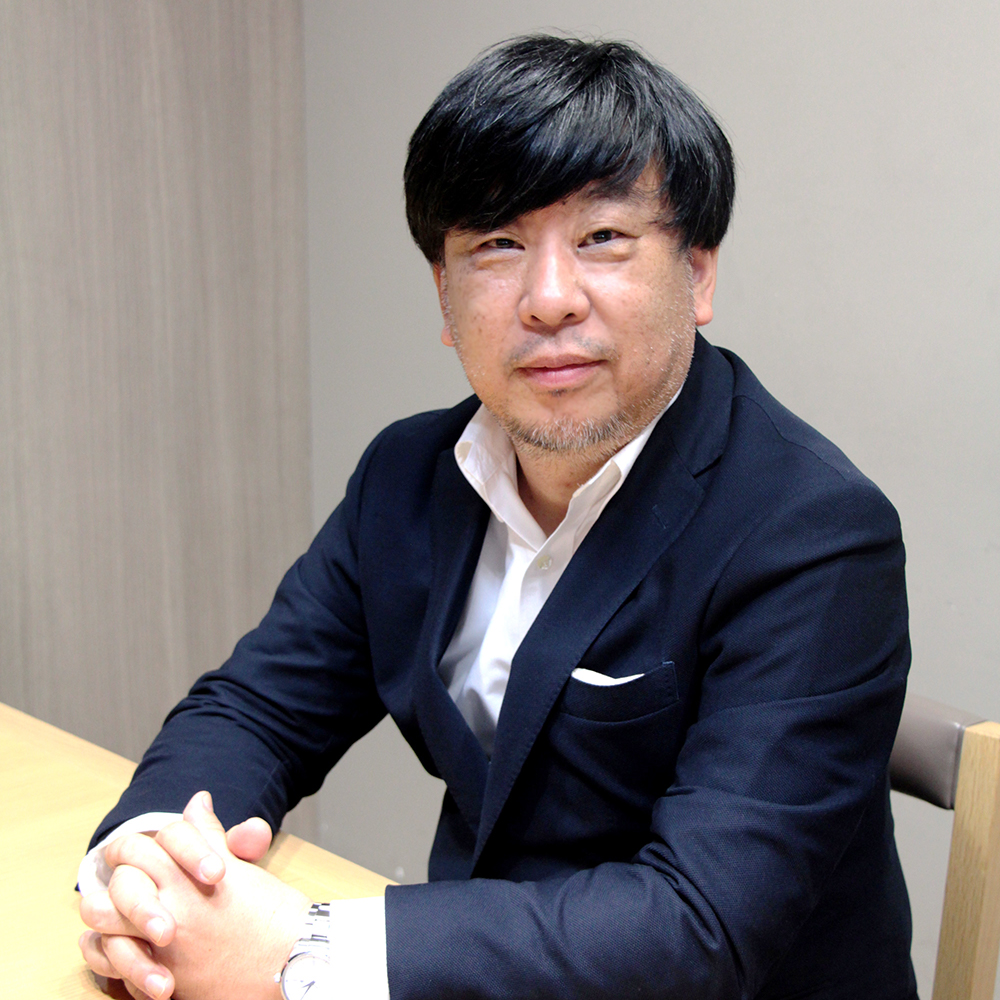 Junji began his career at Toyo Cinema, a top production company based in Tokyo. Over the last 20 years, he has produced TV commercials and video projects at TYO and other major production companies, including work for Ajinomoto, Kraft, Kirin, and many other clients and brands. Junji excels at creating integrated marketing experiences, and has honed his skills in film and video production. Always striving to create work that perfectly resonates with the target audience, Junji especially enjoys seeing how his campaigns positively impact his clients and consumers. His hobbies include enjoying a variety of different cuisines and watching theatrical plays. 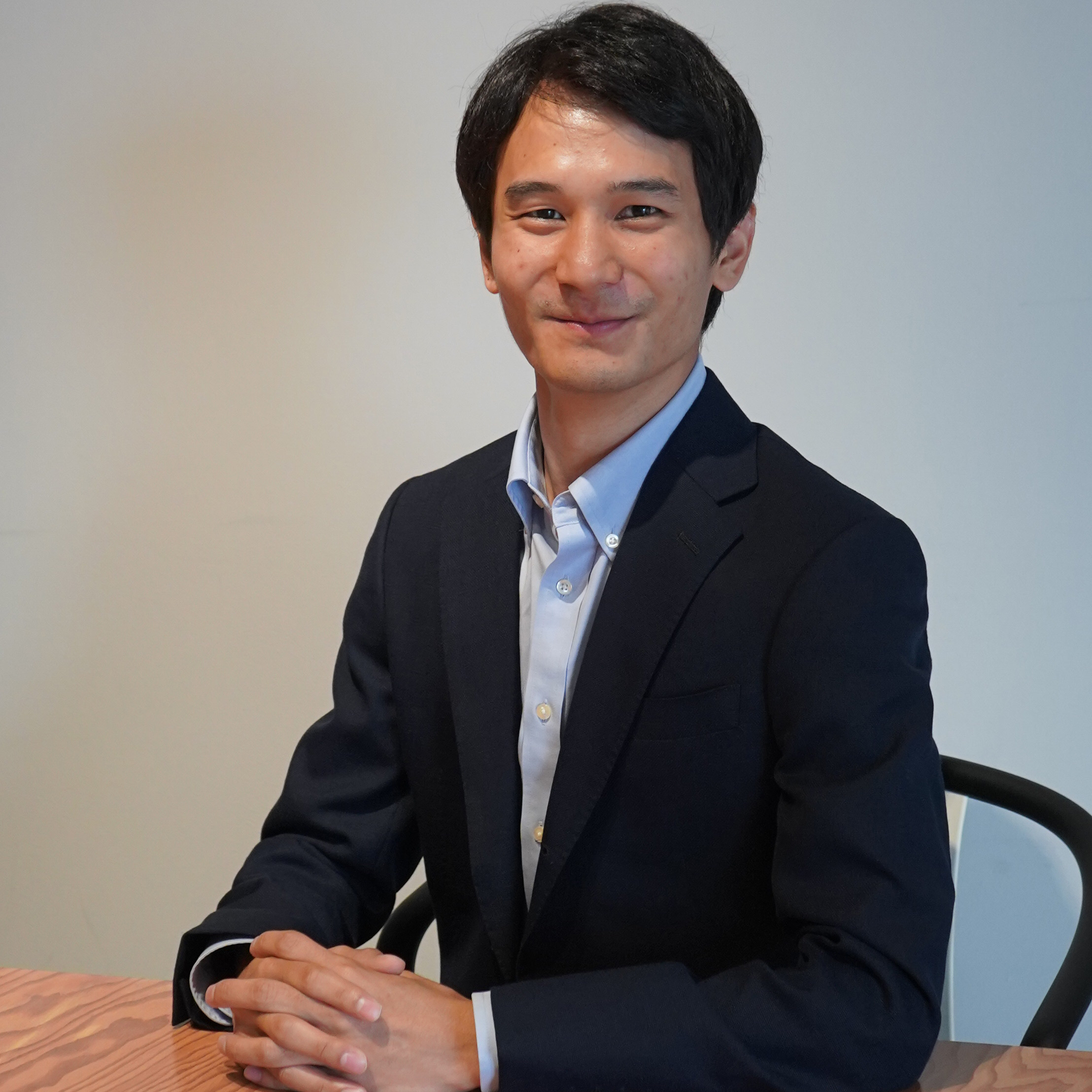 Born in 1993. He studied sociology and film at Wesleyan University; after graduating he worked at LINE Corporation. In 2019, after two years of advertisement experience, he joined STORIES, LLC. His favorite places are TOHO Cinemas, Kinokuniya, and Blue Note (a jazz venue in Tokyo). 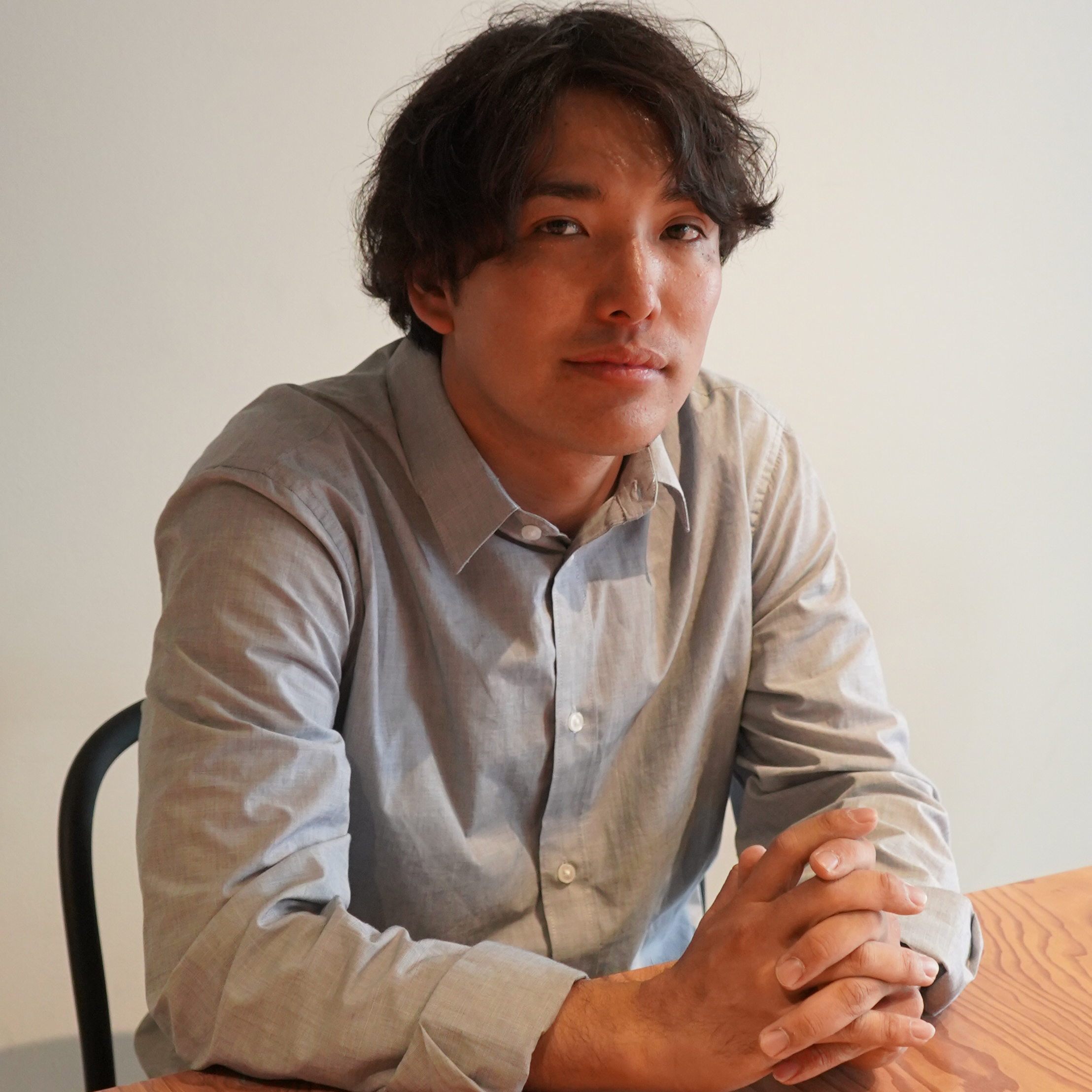 Sou was born in the Kanagawa Prefecture in 1994. After graduating from Nihon University College of Art with a degree in Cinema and working as an assistant at the university for three years, he joined STORIES in 2019. His hobbies are watching films and soccer matches.

Born in 1995 in Fujisawa City, Kanagawa Prefecture. Graduated from Waseda University, Department of Literature and Film / Modern Media Course. Worked at an advertising video company for two and a half years before joining STORIES in 2021. Loves retro things. 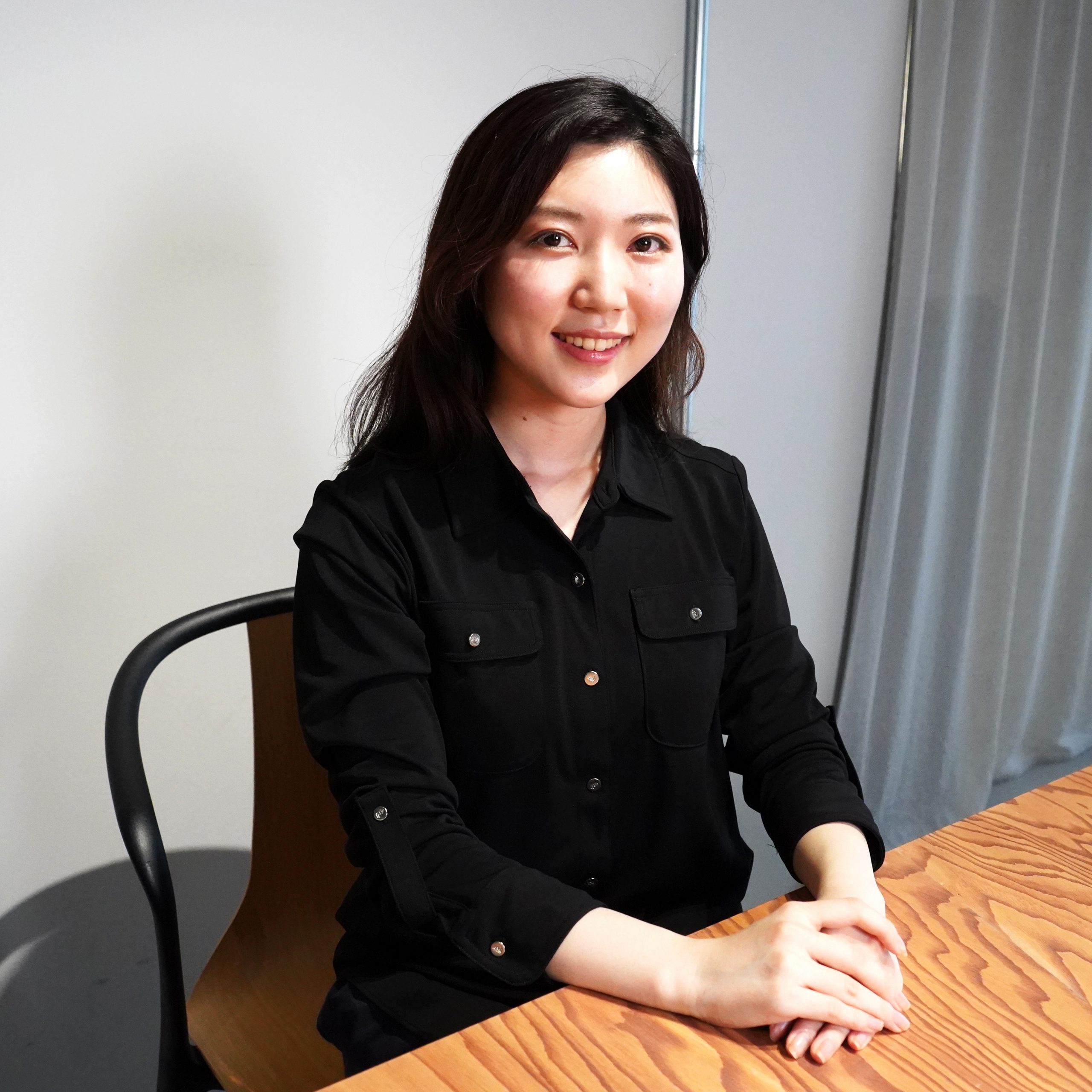 Graduating from Keio University, Risa studied film production at CUNY Brooklyn College in New York. After returning to Japan she joined the STORIES as a member of the production staff. 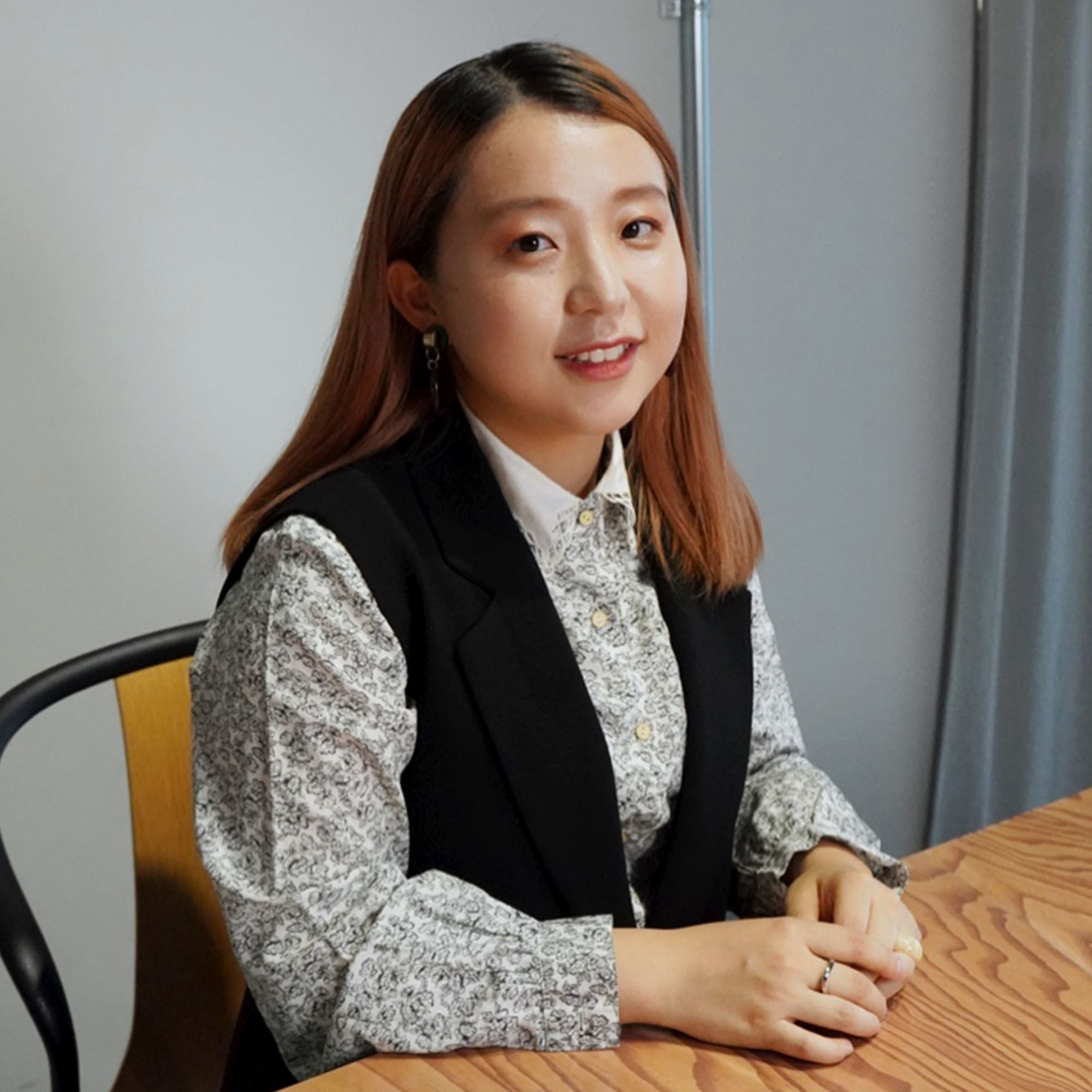 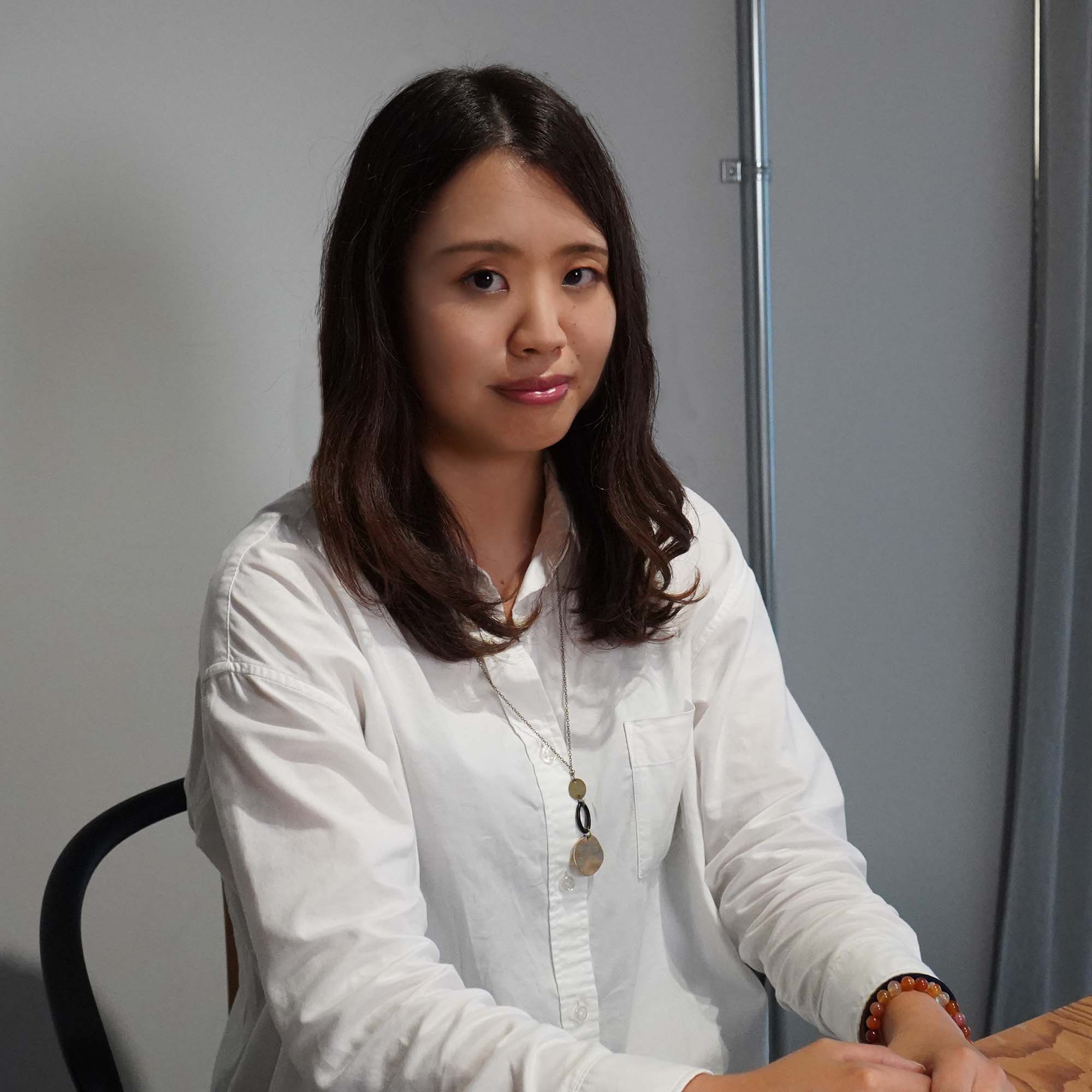 Born in Osaka and raised in Chiba. After graduating from the Faculty of Arts and Letters, she worked at a web production company, a web advertising agency, and as a news director and photographer on the side before joining STORIES. Her hobbies are traveling and live music. She has also recently taken up golf and is training to make it a hobby.