Alexa Meade paints on the human body and three-dimensional spaces, creating the illusion that our reality is a two-dimensional painting.

Her groundbreaking work has been exhibited around the world at the Grand Palais in Paris, the United Nations in New York, the Smithsonian National Portrait Gallery in Washington, DC and Shibuya Crossing in Tokyo. Her solo show on Rodeo Drive in Beverly Hills was attended by forty-thousand people. She has created large scale interactive installations at Coachella, Cannes Lions, and Art Basel. Alexa has been commissioned by BMW, Sony, Adidas, and the San Francisco Symphony Orchestra. She painted pop star Ariana Grande for her iconic “God is a Woman” music video, which has over 250 million views.

Alexa has lectured at TED, Apple, Stanford, and Princeton and accepted an invitation to the White House under President Obama. She has been honored with the “Disruptive Innovation Award” by the Tribeca Film Festival and has been Artist-in-Residence at both Google and the Perimeter Institute for Theoretical Physics. InStyle has named Alexa among their “Badass Women.”

“Alexa Meade’s work may look like something you would see hanging on the wall in an art gallery, but Meade isn’t like any other artist. The artist’s work is different in that she literally paints human beings, turning them into living, breathing portraits. Alexa creates the illusion of a world where 2D and 3D have become one.”
–Business Insider

“At a glance it looks like a richly-colored painting, but pause for a moment and look closer. You’ll quickly find yourself immersed in a piece that’s part painting, part photograph, part video and part performance art. It’s alive, figuratively and literally, with color, vibrance, subtle motion and detail.”
–Sony 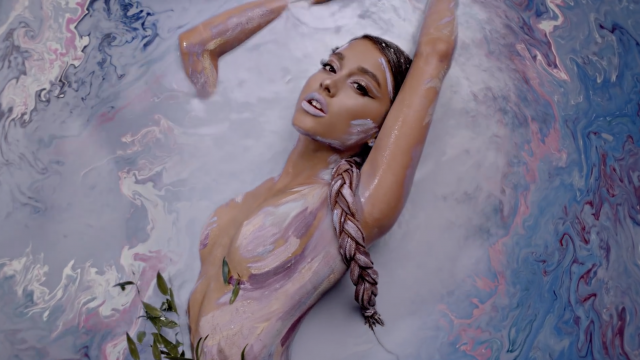 “Some of the most gorgeous imagery in Ariana Grande’s ‘God Is a Woman’ video exists in scenes in which the pop star floats in a swirling pool of pink, blue, and purple paint, wearing nothing but a few strokes of those same paint colors.”
–Allure 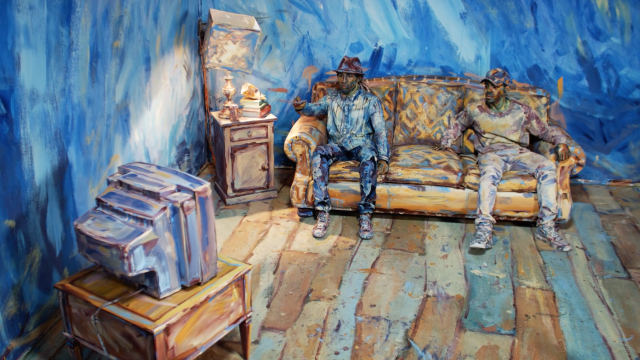 The critically ­acclaimed short film “Color of Reality” brings together Alexa Meade’s painting style with the movement artistry of Jon Boogz and Lil Buck to tell a story about gun violence and racial tensions in American society. It was part of the National Civil Rights Museum “Freedom Awards Ceremony,” screened at the Lincoln Center, and honored by CNN Great Big Story’s “Art as Impact Award.” 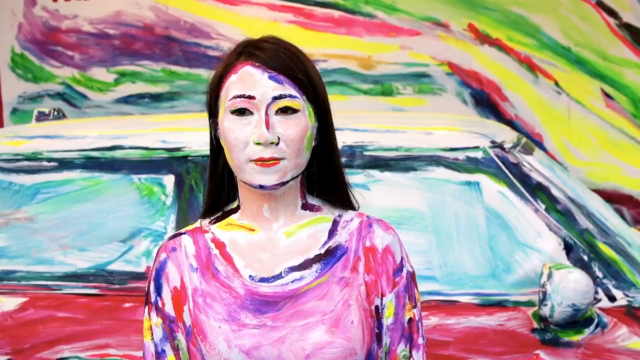 “NOT NORMAL”
PRODUCED WITH HAKUHODO 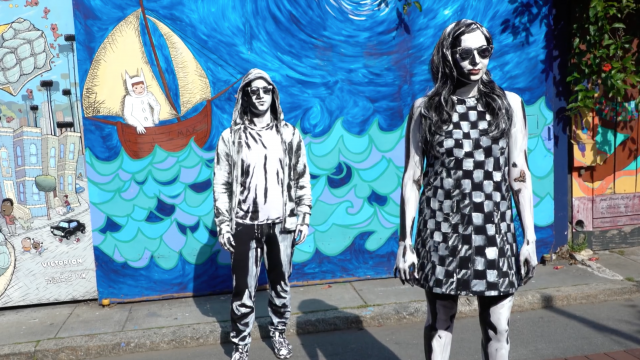 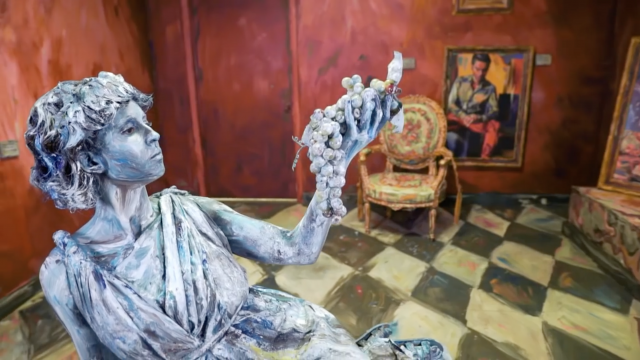 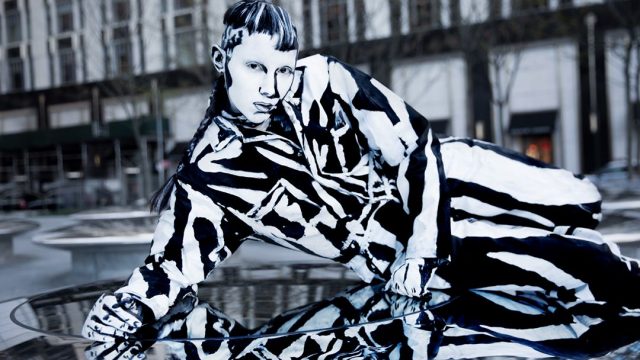 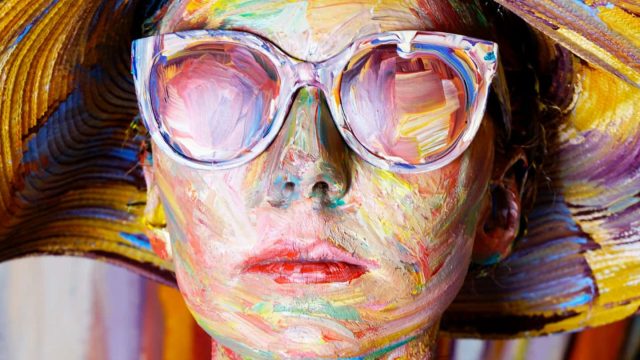 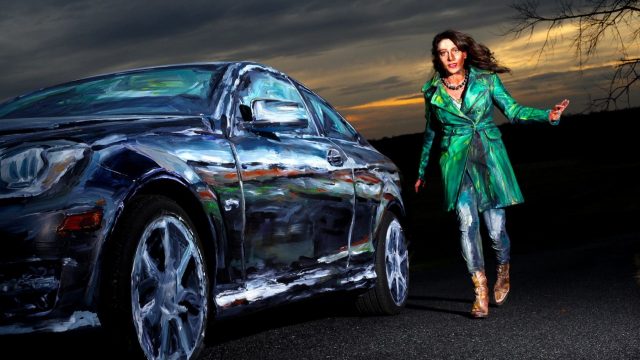 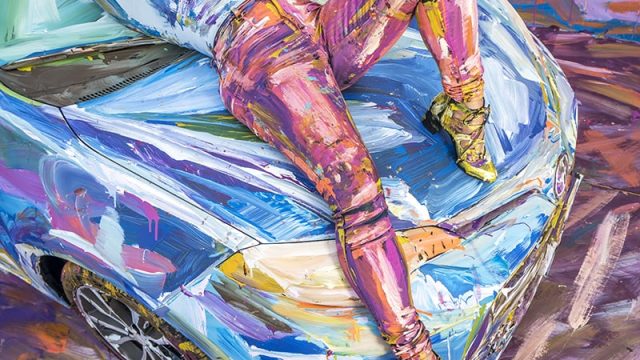 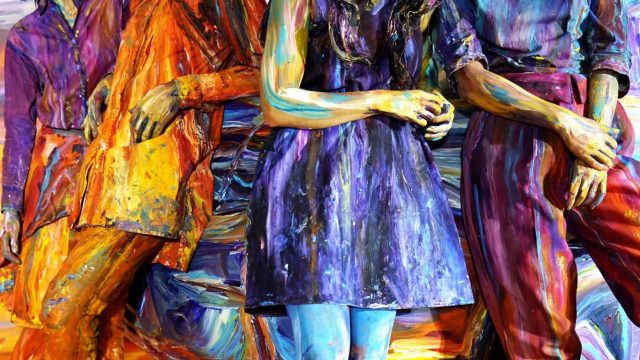 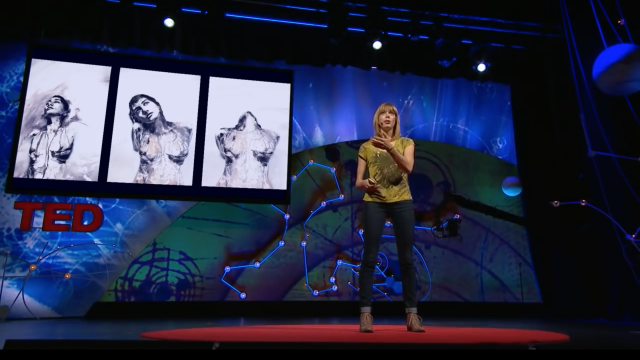 “YOUR BODY IS MY CANVAS”
BY ALEXA MEADE

“Alexa Meade takes an innovative approach to art. Not for her a life of sketching and stretching canvases. Instead, she selects a topic and then paints it–literally. She covers everything in a scene–people, chairs, food, you name it–in a mask of paint that mimics what’s below it. In this eye-opening talk Meade shows off photographs of some of the more outlandish results, and shares a new project involving people, paint and milk.”
This talk was presented at an official TED conference.